After seeing this screencast, I decided to start exploring the foundation framework, which I am expecting to use to rebuild the theme for motionsplan.dk which was just based on Aquia Marina right now. I wanted stuff to look nicer, and I wanted to decide how it looked.

Foundation looks great, and a couple of different themes are already being build for Drupal.

zurb-foundationis still in the development version. It is easy to enable the theme and comes with easy to follow instructions on how to create a subtheme. For some reason the main menu is not styled automatically, when putting the menu in the navigation region. After fixing this issue, the menu is now styled automatically. I also think it is a bit odd, that the header and footer has special styling which is not part of foundation added to it. 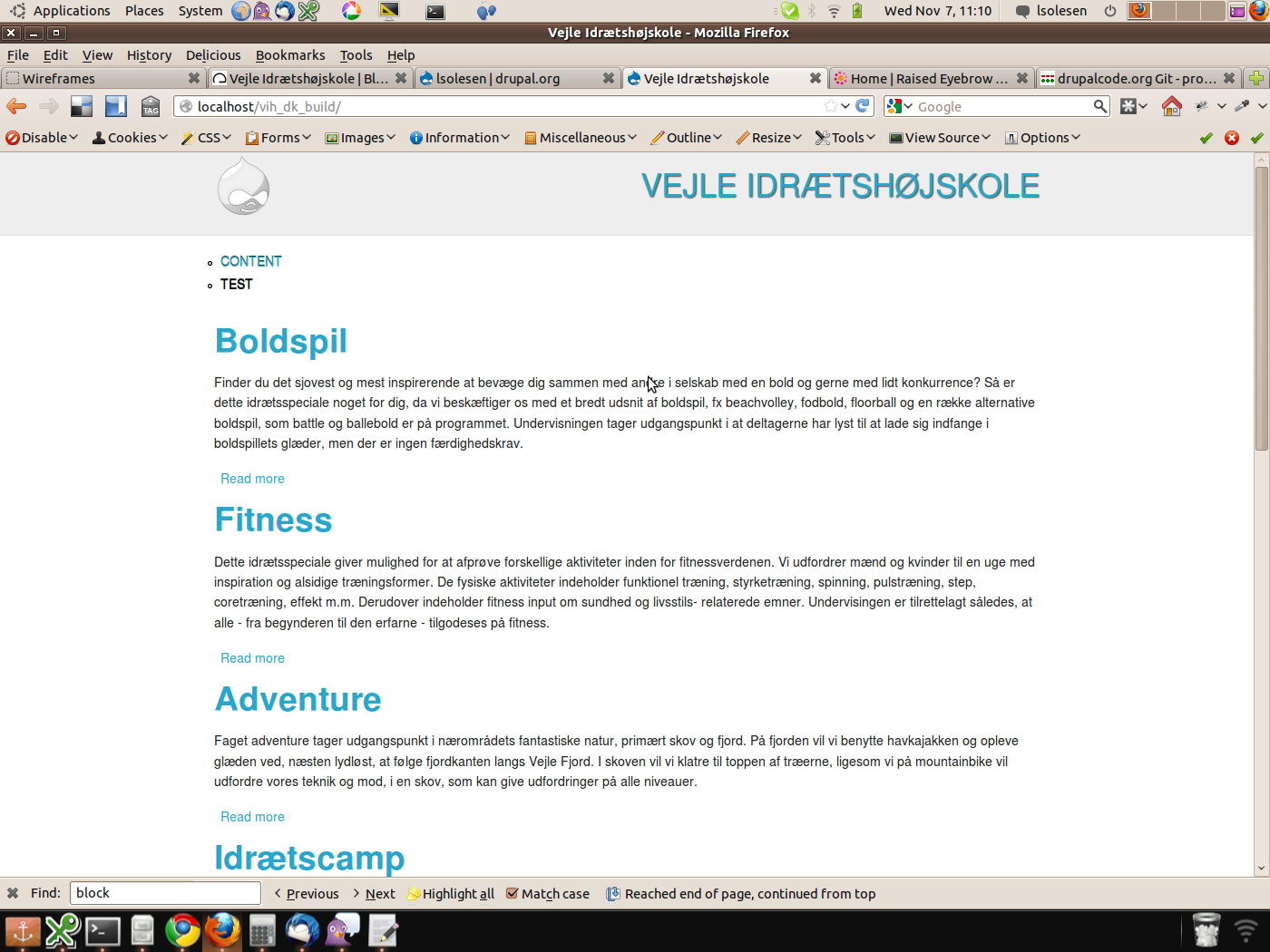 cogito was the base theme being promoted in the screencast above and is created by raisedeyebrow.com. It is more true to the foundation out-of-the-box experience. Also this base theme does not style the main menu automatically, and it seems odd that one needs two menu blocks in the markup (one for mobile navigation and one for regular navigation).

foundation7 is being developed on github.com, but is not very active. It seems to be a very clean use of the foundation framework, but does not automatically style the main menu either. 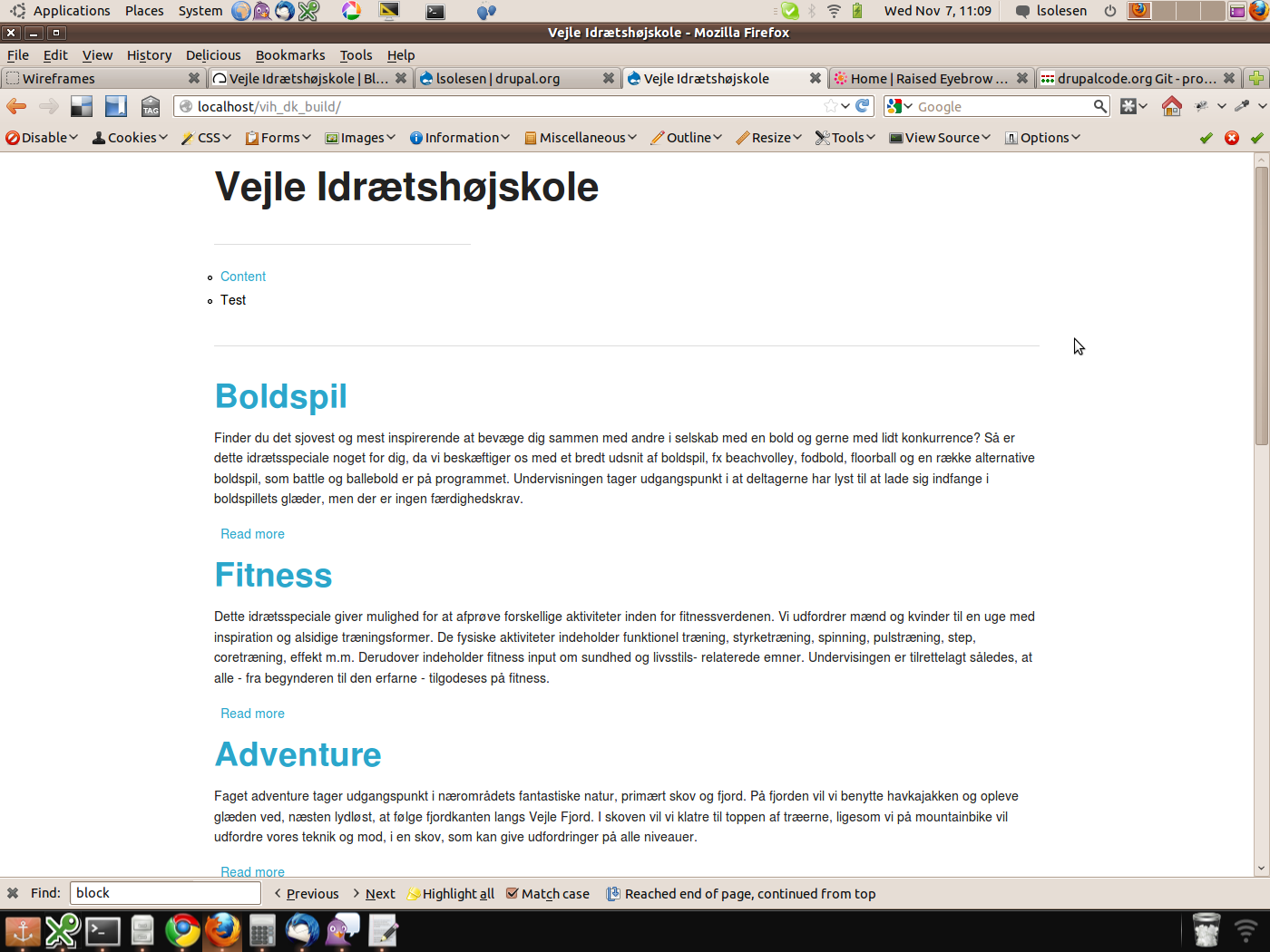 I will be playing more around with the three implementations of the foundation framework.

Do you know of other solid implementations? What is your take on which base theme, developers wanting to embrace foundations should take as their starting point?

In search for a better admin experience for Drupal 7 users

I am working on a site for Vejle Idrætshøjskole in Drupal 7. The content editors are non tech, so I am trying to improve the admin backend, so the experience...

Understanding the power of Barracuda

There is several ways you can use Barracuda. I am trying to find the most efficient ways, both as a developer and to utilize the server ressources efficiently.

fjvu.dk was just redesigned. We needed a custom frontpage and on the subpages we needed control over how many sidebars we used. We chose panels everywhere wi...

Setting up a mediacenter with xbmc and mythtv on ubuntu natty (11.04)

Setting up a mediacenter in Ubuntu is not neccessarily a Plug’n’Play experience. You need to dig hard in Google to make everything work. Here are my notes fo...