My site motionsplan.dk has a lot of users, and we appreciate that. However, reviewing the list of users reveals that there are some inactive users also. Some people only logged in once, and it has been a while for those one-timers. We have to consider them inactive, so I wanted a nice way to keep the userbase clean and prune the userbase for motionsplan.dk.

Everybody can sigup to the site without approval, so to make sure that we are dealing with interested people, I made sure that people can only signup, if they confirm the subscription via e-mail. You can do that from: /admin/user/settings. That will pretty much take care of spam users.

I had a look around drupal.org to find a good module, and it seems that the best candidate for performing actual pruning is inactive_user module. Even though it is currently in beta and the issue queue is rather active, I took it for a spin. And it seemed to work allright.

The module has a rather simple configuration page: 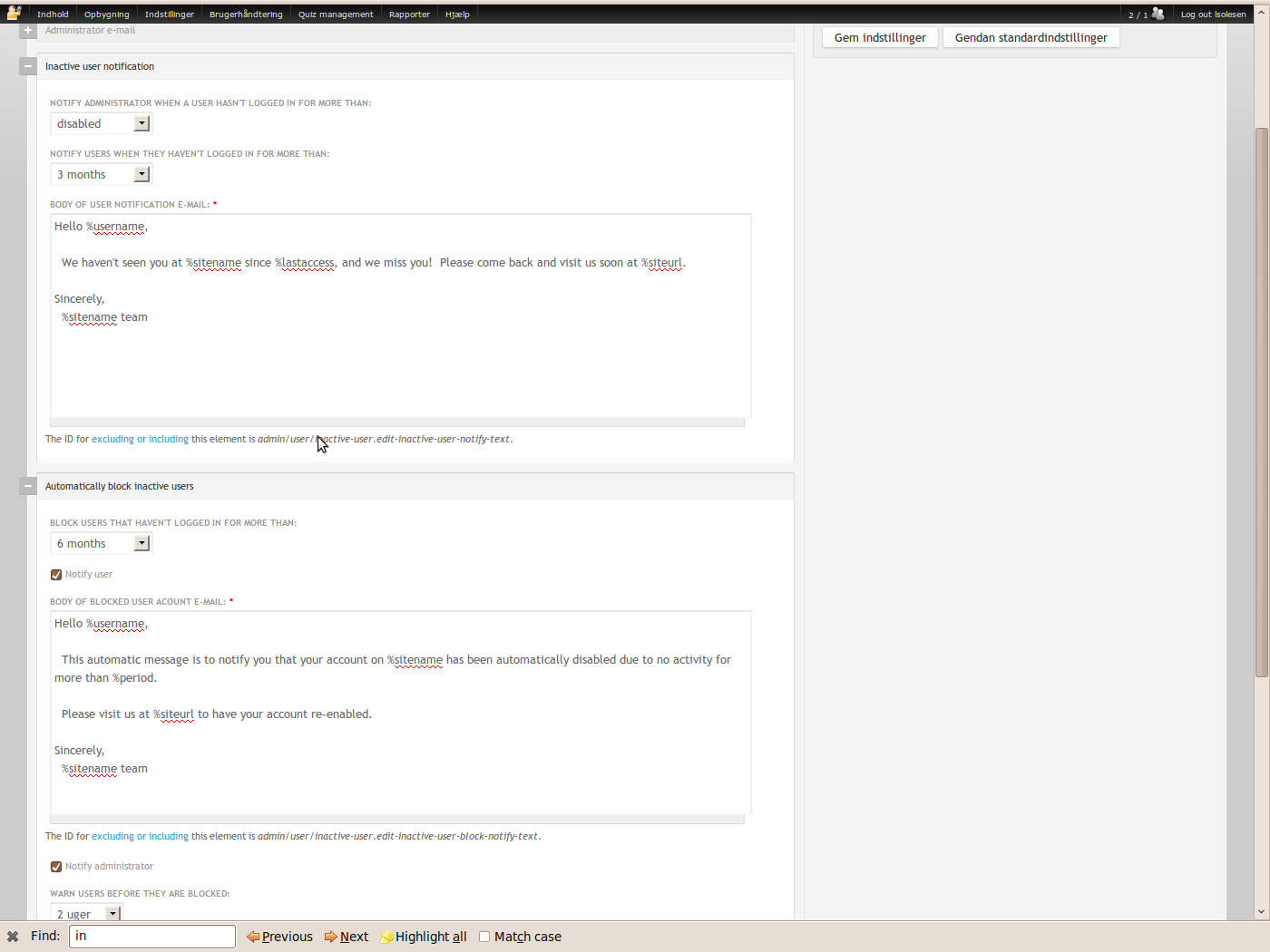 I decided to use the following settings:

First time to run inactive users had unexpected side effects

Inactive users runs through a cron job. I knew I had some users that had not logged in to the site for a couple of years. I considered them inactive and dead. However, I was expecting the system to send a warning to the users before deleting them. Apparently that did not happen because when the first cron was run, my administrator account got plenty of mails telling me about blocked and deleted users. I filed an issue for this.

However, knowing this, inactive user is easy to use and gets the job done. You all might have better time periods, e-mail notifications or other suggestions. Please feel free to use the comments.

In search for a better admin experience for Drupal 7 users

I am working on a site for Vejle Idrætshøjskole in Drupal 7. The content editors are non tech, so I am trying to improve the admin backend, so the experience...

Setting up a mediacenter with xbmc and mythtv on ubuntu natty (11.04)

Setting up a mediacenter in Ubuntu is not neccessarily a Plug’n’Play experience. You need to dig hard in Google to make everything work. Here are my notes fo...

Understanding the power of Barracuda

There is several ways you can use Barracuda. I am trying to find the most efficient ways, both as a developer and to utilize the server ressources efficiently.

Media Gallery gets a little attention

I started using Media Gallery on Vejle Idrætshøjskole to quickly setup up a media gallery, and seeing that it builds on the media project and it is used in D...