I created a site for a friend with Drupal 7. I did it as a friendly gesture because they urgently needed a new site. So I probably used 3 hours setting up the site.

First, I created a drush make file and an install profile in version control and I logged into my Dreamhost server using ssh. I could easily clone the install profile to a directory via:

Second, And then I navigated to the folder to setup the actual site:

Now drush automatically pulls all the dependencies for the site. Then I needed to do the ususal Drupal setup stuff:

I just choose an open source theme and created the users, and now my fried was basically ready to start building his own site using Drupal 7.

What about upgrading modules?

Normally I would just use drush to upgrade the modules. However, my friend is not familar with Drupal and drush, so he needed to be able to do it via the web interface. However, on Dreamhost the default settings do not work, as writing to the temporary folder fails because of permission issues.

The reason being that the temporary directory is set to:

Being on a shared server environment my user does not have access to that folder. So I created an new folder beneath my user and gave the user write permissions.

Now I just had to tell Drupal about it, and I navigated to Configuration –> File system. There I could change the setting to the directory I have created, like shown in this screenshot. 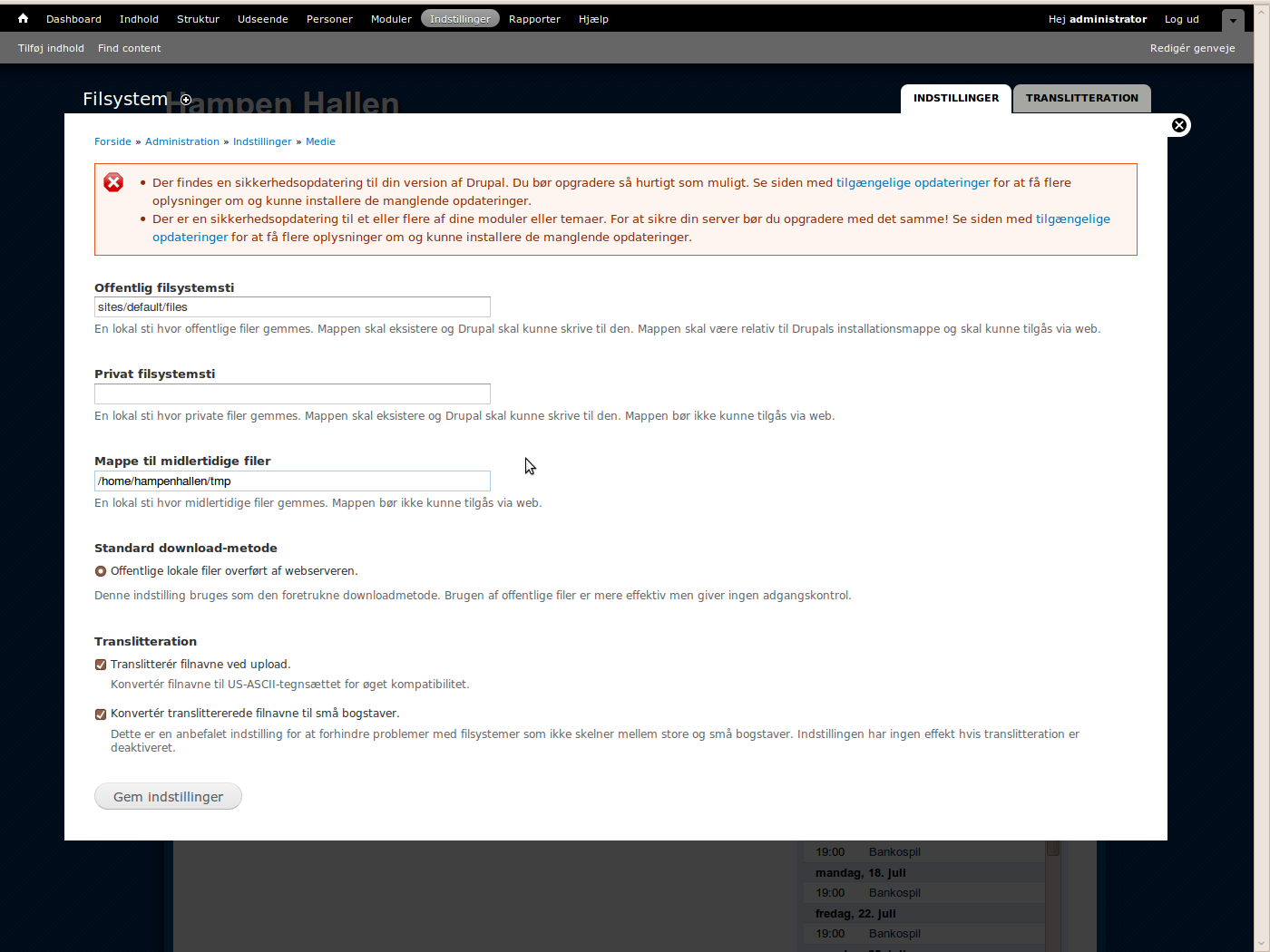 Thats about it for having automatic upgrades for modules on Drupal 7 on a shared Dreamhost server.

Copying default.settings.php to settings.php is no longer necessary in D7 :) It was patched.

Thanks for this. I ran into this for the first time last night and hadn’t a clue where to start debugging it. Problem solved

I ran into a permissions problem with the tmp file. I took the shotgun approach and switched it to 777 to make it go away but that makes me antsy. I didn’t have time to play today but I think it should be 755.

I will try to help out in the Drupal Commons issue queue for the 7.x-3.x version on Thursday. Come and join me. The main objective of the bug triage is to na...

I’ve been involved quite a lot lately in helping out with Panopoly - and it has just got to a 1.1 release because of great work @dsnopek, @mrfelton and @popu...